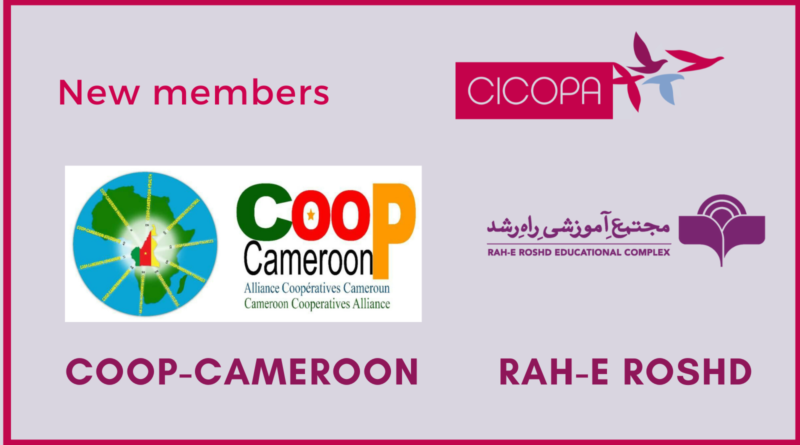 CICOPA has welcomed two members to its network, Coop-Cameroon, and Rah-e Roshd, during the General Assembly that took place in Seoul, Korea on the 29th of November 2021.

Cameroon Cooperatives Alliance (Coop-Cameroon) is the national apex of the Cameroonian cooperative movement, whose purpose is to serve for the promotion of the cooperative business model in Cameroon, Central Africa, and the OHADA space.

Coop-Cameroon’s main mission is to promote the cooperative model all over the 300+ provinces of Cameroon.

It was created in the decade following the Iranian revolution in 1979, by seven female teachers, who wanted to provide an answer to the need for education of the community.

CICOPA looks forward to working together in the promotion of worker and social cooperatives in these two counties and welcomes its new members onboard!