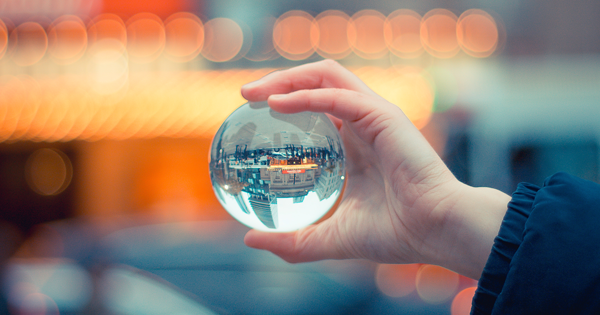 An Opinion by Sion Whellens, Vice-president of CECOP

The question of the future of work is above all a question of power and ownership. It is a question the cooperative movement seeks practical answers for, every day, in neighbourhoods, cities and regions.

An international survey among 10,000 members of the general population by the consulting firm PwC found that 53% believe technological innovations will be the most transformative factor in shaping the future world of work – more than resource scarcity and climate change, shifts in global economic power, migrations and urbanisation. This is also the dominant narrative in the mainstream media. Yet, co-operators understand that technology follows social and economic power, not the other way round.

‘Platform’ capitalism (businesses whose primary activity is extracting value from pure exchange), automation and the ‘rise of the robots’, 3D printing – these are all subjects of sensationalistic stories that threaten workers with unemployment and poverty unless they submit to atomisation, alienation and precarity by competing harder for a smaller number of skilled, rewarding jobs. ‘Innovation’ is an ideological narrative. It says we must be prepared to rapidly abandon our present and past modes of work, community, solidarity and family life.

In reality, the ‘Future of Work’ is already the ‘Present of Work’ for hundreds of millions of people. We see the acceleration in mass migrations from the countryside to the cities, from the poor south to the richer north, and of people fleeing from areas devastated by war, economic and environmental collapse. In the richest countries, it is more like ‘The Past of Work’ as workers’ rights, incomes and organisation have been eroded by thirty years of ideologically-driven political innovation, the privatisation of public goods, removal of workers’ rights, and erosion of social benefits such as health and social care. As technology, wealth distribution and modes of work follow the social politics, the 21st century looks more and more like the 19th.

In 1844, the Rochdale Pioneers declared their intention “as soon as reasonably practical … [to] arrange the powers of production, distribution, education and government”. How close are today’s co-operators to having the tools and the organisation to realise this goal?

From my own country, the UK, I suggest some examples and statistics to show why co-operators should be careful not to swallow the ‘innovation’ narrative wholesale. They point to the scale of the task for our movement in seeking to help transform the situation of the working class, but also its potential.

Twenty years ago, if you owned a car and wanted to get it washed, you went to an Automatic Car Wash. It was expensive. In 2017, very few Auto Car Washes remain, but the humans have reappeared. It is now cheaper for a car wash company to hire six low paid workers than to invest in an unreliable machine.

In UK agriculture, we were promised that ‘in the not too distant future, our fields will be tilled, sown and harvested entirely by fleets of semi-autonomous machines’. In the real world, it is done by tens of thousands of seasonal migrant workers (in 2017 and 2018, a shortage of these workers caused by political disruption and a fall in the value of the currency means that a proportion of the crops will certainly be left to rot). In the UK region, which has a total population of around 64 million, 2.7 million are employed in growing, processing or serving food. 1.6 million work in canteens or restaurants. 5 million work in retail, logistics and warehouses. The country’s food industries are highly centralised; most of the flour, for instance, is produced in just six flour mills. Tens of thousands of low paid, precarious workers are concentrated in logistics warehouses to the west of London, enabling more thousands of drivers to deliver food and fast-moving goods into the capital and across the UK. Without them, London would run out of food in 72 hours. Surveillance technology is used to monitor and discipline these workers. But where are the robots? Perhaps they are coming. Perhaps not.

The point of these examples is that right now – forget the future – the whole edifice of the social system, even in the most ‘advanced’ industrial countries, rests on the work of those who produce and distribute the goods and services upon which we all depend. And this does not even talk about the majority of people who work in the ‘industry’ of caring for each other, whether paid or unpaid. The private owners of industry, and their public relations advisers, and governments, know this perfectly well. The eternal goal of capitalist innovation – cementing social domination by reducing the cost of workers in the business equation, or eliminating them altogether – conflicts with the need to have able and willing consumers. Without profits and a social order conducive to private accumulation, there will be little investment in automation – just the old story of moving production to somewhere where workers are cheaper. So the threat of automation is precisely that, a threat. Its purpose is to persuade us that resistance is useless – that there is ‘no alternative’.

The cooperative movement knows that there is an alternative. Around the world, in every area of economic and social life, we see bold and inspiring experiments in collective ownership and control, for the benefit of people. We know the obstacles to the cooperative economy are primarily political – that is to say, they are about ownership and control; not about technology, or blueprints for a universal basic income, or utopian dreams.

Business consultants PwC describe three possible scenarios for the Future of Work, as perceived by their clients. The Orange World, where companies break down into small units and specialisation dominates the world economy. The Green World, where companies ‘care’. And the Blue World, where big company capitalism continues to rule. None of these scenarios includes a fundamentally different model of social ownership. What colour would we use to name a cooperative world?

The best cooperative projects make explicit the link between meeting peoples’ needs and aspirations today, with the possibility of a better world tomorrow. They demonstrate and educate about how, to achieve our ultimate aim, local and regional cooperative successes must join together and become  local and global systems, on the peoples’ terms.