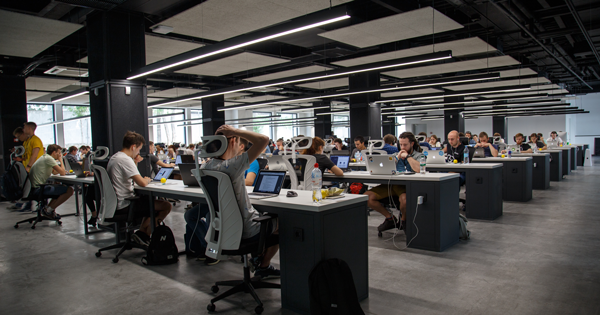 A recent UK report of experts on Alternative Models of Ownership proposes new models of collective ownership where prospective benefits of digital economy are widely shared and democratically governed. The report suggests looking at cooperative ownership to increase employment stability and productivity levels, as well as to make firms more democratic.

While some argue that these alternative business models will always stay small and marginal with respect to the mainstream economy, there have been efforts for cooperative governance in the platform economy that could hint at vertical growth.

For instance, in 2017, we observed a campaign by cooperative researchers and activists proposing a study on cooperatives and other broad-based ownership structures to draw lessons on how Twitter, a popular micro-blogging platform, is governed. This proposal was voted during an annual shareholders meeting of the company capturing support of five per cent of the company’s stock held by eligible shareholders. The resolution will likely be brought forward again in the next shareholder meeting in 2018.

The idea of cooperative governance in the platform economy is not so far-fetched if we think about a wide variety of cooperatives in what may seem as unlikely sectors, including the FC Barcelona football team, outdoor clothing maker REI, Zed Books publishing house and the Associated Press news services.

It is often argued that cooperatives and other social and solidarity economy enterprises should stay small by nature as they start and flourish at the local and community levels. This argument may be extended to cooperatives in the platform economy as well. But such arguments do not negate the expansion and adoption of the cooperative business model by other communities resulting in horizontal growth. Platform cooperatives are online businesses jointly-owned and -managed by their members using a protocol, website or mobile application to facilitate the sale of goods and services. Based on cooperative principles and values, they are emerging as viable alternatives to the standard internet business model.

Online applications of cooperatives have gained momentum among taxi drivers, domestic workers and freelance photographers – just to name a few examples. Alliances between cooperatives of the workers in the platform economy with trade unions, local governments, legal practitioners, software developers, funders, cooperative development experts and other businesses that share similar ethical standards and vision have helped create an ecosystem which has spread around the world.

Similar alliances are being increasingly encouraged by researchers, educators, policy makers and activists in different settings where alternative economic models are being discussed in the context of the future of work.