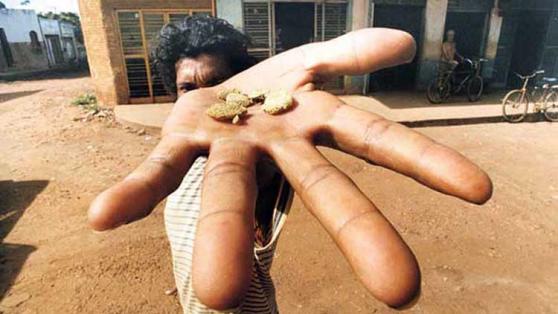 Meet Coogavepe, the Brazilian cooperative bringing mining to the 21st century in a legal and conscious way.

The Cooperativa dos Garimpeiros do Vale do Rio Peixoto, Coogavepe is a Brazilian gold mining cooperative, located in the north of Mato Grosso. CICOPA had the opportunity to sit down with Solange Barbuio Barbosa, President of the cooperative.

Coogavepe was founded in 2008, with 23 initial members who believed that a cooperative would be best way to improve the lives of those workers and people in those communities that depend on the industry of gold mining.

Historically, the state of Mato Grosso, in the Central-West region of Brazil, is known for its natural resources and its mines, whose primary commodities are gold, diamond (of which the region is the second larger producer at national level), and aluminum. Mining in the region started in the 90’s when gold was discovered in the river, attracting a lot of venturers from all regions of Brazil. During the 90’s the population reached around the 100,000 inhabitants, of which 90% were miners, and in search of literally “striking gold”.

Over the years, extracting gold became less easy, and the activity started to be more regularized and structured, contributing thus to a decrease and stabilization of the population, now of around 36,000 inhabitants. The venturers left, and those who wanted to invest remained. This is when Coogavepe was founded to ensure that the best collective interests would be kept at heart.

Regularizing the activity allowed to provide more dignity and stability to members, which in turn has given incentive to join the cooperative and grow it to what it is today. Disorganized gold mining and selling activities are still active in other states of the country, which have only led to violence and conflict. Thus, the regularization process has in turn benefited the community also, bringing order to the area.

Since then, the cooperative has grown steadily, and currently has almost 4000 members. Starting out from one treasurer secretary, they have now increased the number of staff members who run the administration to 14 to ensure an increasing offer for members, developing new and diverse activities.

Everyone in the gold mining chain is a member of the cooperative, from the landowners to all the workers involved in the chain of production, even the cooks in the cafeteria. The cooperative’s members come from different social backgrounds, some are small landowners, others have big lands and equipment, meaning the coop has ties with all branches of society.

Members are paid in grams of gold, that they can exchange for hard currency. The selling of gold in the area is highly regulated by governmental actors, being members of the cooperative, allowing workers to prove the legal origin of their gold. This regulation was introduced as an extra step in ensuring that the mining has been done in a legal and regulated way.

Differently than in a corporation, where wages are very low, working for a coop allows workers to have more financial freedom. The wages fluctuate every month, but they are always higher than what is offered by a corporation.

The cooperative governance is characterized of an executive board, a general assembly that meets every year, and an elected President. Coogavepe is one of the few mining cooperatives in the region led by a female President.

Due to its considerable dimensions, it is also composed of several councils, the administrative council, the ethics council, and the fiscal council and a technical department of geologists, engineers, biologists, and other experts to analyze and examine the documents to mine properly. Coogavepe is fully aware of its environmental impact:

“The region would not survive without mining. However, we are here to ensure it is done in a safe, legal, environmentally sustainable way. Currently, we are a local role model, as we are heavily invested in sustainability.” Says President Barbuio.

Therefore, they have a strict and careful licensing process regulation so that the impact caused is minimal. They have partnerships with the city to re-plant trees in the land where they did extraction, or to turn mines into fish farming production sites, with the aim of restoring the local flora and fauna.

Along the same line, the General Assembly can decide to allocate extra resources to support the environmental cause. Last year, for instance, it decided to buy a plant nursery to reforest the local area.

They are attentive also to the needs of the community in which they operate, providing financial support to the city, donating to hospitals in need, and to institutions of children with mental disabilities. Members also receive additional support when in need of buying medical equipment, for example, if victims of an accident at work.

In March 2020, due to the COVID-19 pandemic, the cooperative closed for only one week, but the city felt immediately an impact. Large part of what keeps the regional economy going is gold trade. But overall, in the field and the mine the work went on, just with measures. Everyone was able to fit in the new reality. Clients were still buying gold as a ‘safe currency’ compared to the dollar, which undervalued at the time. Consequently, the price of gold increased as well as activities related to it, such as the transport of gold, turning in to a beneficial time for the cooperative.

With an eye on the horizon, the cooperative has ties and projects with research centers and universities, to continue improving their methods of extractions. They are currently studying ways to provide an alternative to mercury used to clean the gold after extraction, the big villain in the mining industry. They also collaborate with universities and researchers to support and train members in acquiring and using new and technologically more advanced machines, a process to which the members of the cooperative are compelled to adhere to guarantee constant development, adaptation and new ideas.

Coogavepe, a coop with a heart of gold! 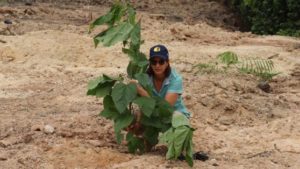 Coogavepe is a member OCB Brazil, one of our Brazilian members.