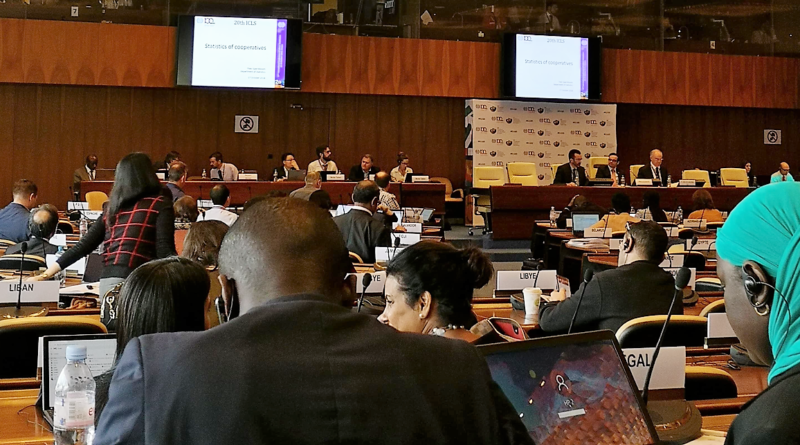 Although the guidelines cover all types of cooperatives, it should be noted that they have more significant meanings for worker cooperatives and social cooperatives represented by CICOPA.

However, more careful approach should be taken for understanding the content of the Guidelines in a correct way. It should be emphasized that the statistical concepts are different from legal or institutional concepts practiced in different contexts but analytical tools for measuring a reality.

For example, according to the Guidelines, “worker‐members of cooperatives are dependent workers because they do not have the same degree of control over the operation of their enterprise as, for example, a majority shareholder. If these workers are paid a wage or salary for time worked or for each task or piece of work done in the cooperative, they should be classified as employees of their own cooperative; if they are paid only in profit or surplus or paid a fee per service, they should be classified as dependent contractors according to the resolution concerning statistics on work relationships adopted by the 20th International Conference of Labour Statisticians (2018).” Here, the meaning of “dependent” should be understood with caution. In statistical terms, dependent worker means that workers cannot have full control over their own work and enterprise “individually”.

For instance, whereas the self-employed can decide when they start and finish working and how much they would get from turnover (independent), employee cannot decide these things arbitrarily but should follow the rules imposed by employers (person or corporation) (dependent). In this sense, the Guidelines define that worker-members are dependent on “their cooperative” as a collective body (and often incorporated one). Although they participate in important decision processes, it does not mean that they can do what they just want to do individually. As dependent workers, they might be reclassified into two sub-categories (employees or dependent contractors) according to the way of guaranteeing their revenue. When they are paid in a regulated way with more certainty guaranteed by cooperative, they are considered as employee in statistical sense (it does not mean necessarily the employee status as a legal status). When they can get their revenue as much as they can but with the possibility of loss as well, they are classified as dependent contractors (This concept of dependent contractor is a new one included in the new ICSE-18. This concept describes a situation which is similar with on-line platform workers who are dependent on the on-line platform and can get money as much as they can (if there would be enough client!) but also exposed to the risk of loss as well.)

It does not mean that worker-members themselves are necessarily employees or work like on-line platform workers but their ways of working share functional similarity with those of employees or on-line platform workers. It is certain that this cognitive gap between statistics and institutional reality might raise politically and legally complicated issues but they should be dealt with case by case with full participation of the cooperative movement. In this sense, it might be expected that the statistical concept of worker-member would be a stepping stone for reaching its full recognition in legal and institutional arrangements at the international level. Of course, it would be more realizable, when the number of worker-members and their specific advantages and contributions will be more visible. And it is the work which should be done by the cooperative movement itself by strengthening data collection and production of statistical information.