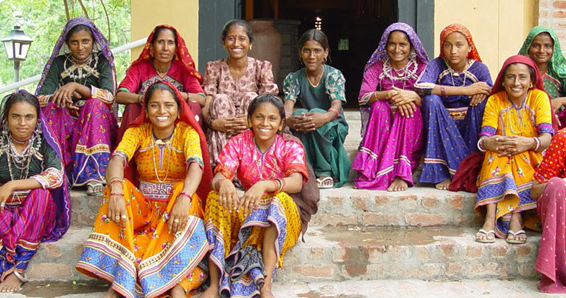 In this prevailing era of globalization, the mission of the Federation is to empower self-employed women within the co-operative structure; making them independent to be part of the mainstream; access technology; understand markets and techniques and in turn become self-reliant mangers.

My appreciation to all those who have been with the Federation in its eventful and illustrious journey over the past decades.”

Gujarat State Women’s SEWA Co-operative Federation is the direct result of SEWA’s conviction of women’s participation. It was the 1970’s that a revolution took place. SEWA broke the rules in its innovative approach to tackle issues related to poverty especially for women. Over time, with a lot of struggles, also came a lot of successes. Numerous cooperatives were built by Sewa for common and fair trade of work.

Today however, SEWA must find highly effective means to reduce poverty and the various issues interrelated with it. As this challenge lies ahead, relying on donor funds is shrinking and so SEWA must innovate yet again.

The need for an apex body was felt by many co-operatives promoted by Self Employed Women’s Association (SEWA) mainly in the areas of marketing, capacity building for management of primary co-operatives and policy interventions with the government. 900 women from various categories of co-operatives attended the first meeting of the Federation in April 1992. They presented issues and problems of their trade to the Union Minister of Co-operatives who graced this historic event. Numerous co-operatives of SEWA were built around a common trade or work. They were different from each other with most issues largely unique to their occupation. Yet, they needed a strong cohesive force that encouraged, catalyzed and led their growth.

On 31st December, 1992, that force was created in India’s first Women’s Federation – Gujarat State Women’s SEWA Co-operative Federation Limited. In 1996, the Federation became a member of the National Co-operative Union of India.

The Federation had a singular mission – the holistic empowerment of the poor self-employed women within the co-operative structure. The Federation aims to: