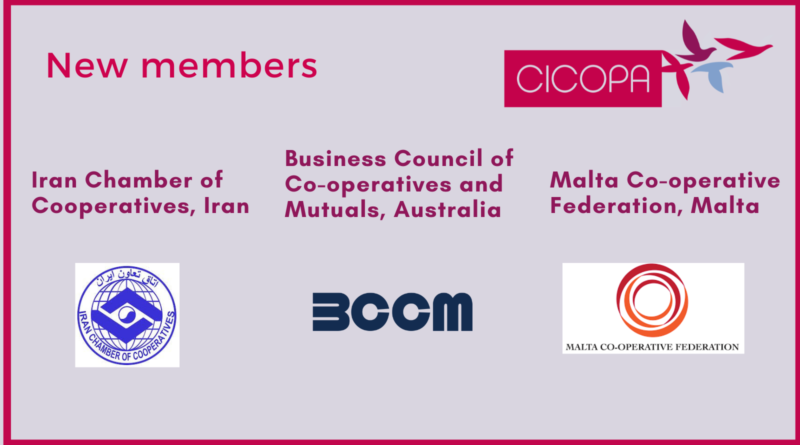 CICOPA has welcomed three new organizations into its membership: The Malta Co-op Federation from Malta, the Business Council of Co-operatives and Mutuals from Australia, and the Iranian Chamber of Cooperatives from Iran.

The  Malta Cooperative Federation (MCF) was founded in 2012 by coop societies operating in different sectors of the Maltese economy.

The Business Council of Co-operatives and Mutuals (BCCM) is the main body for cooperatives in Australia.

They focus mostly on increasing awareness of coops and mutuals in the country, and the important contribution they make to the economy and community life.

There are over 2,000 cooperatives and mutuals across Australia operating in all industry sectors, of which at least 20 of them are worker cooperatives.

BCCM was established in 2013 after the UN International Year of Cooperatives.

The Iran Chamber of Cooperatives (ICC) is the APEX body for all cooperatives type and sectors in Iran.

The ICC identifies more than 56,000 cooperatives in the industry and services sector, some of which are based on the worker cooperative model.

ICC provides support and advisory in the establishment and development of cooperatives; B2B opportunities in and out of the country as well as assuring a dynamic presence of cooperatives on the national and international scene.

CICOPA looks forward to continuing and expanding the development of worker and social cooperatives in the world and welcomes its new members on board!