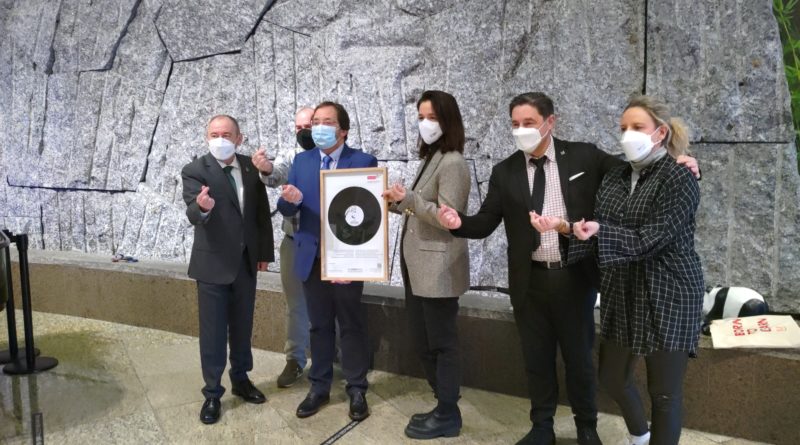 The Bi-Hanka song is now available for CICOPA’s members to use freely in the promotion of worker and social cooperatives across the globe.

Hanka bat lurrean, beste bat airean! – One foot on the ground, the other in the air!

Music leaps across language barriers and unites people. A cross-cultural power that resonates in the definition of the cooperative identity bringing togethers cooperators from more than 100 countries around the world.

Therefore, in November last year, during the World Cooperative Congress in Seoul, focusing on deepening the cooperative identity, the Consejo Superior de Cooperativas de Euskadi offered CICOPA the rights to the song “Bi Hanka” to CICOPA. Its members cannot benefit freely of this music to promote, unite and worship the worker and social cooperative movement on the same notes worldwide.

“The final goal is to reinforce the feeling of belonging to the cooperative community.” Says Iñigo Albizuri, CICOPA President.

The words “Hanka bat lurrean, beste bat airean”, part of the lyrics in Basque language, translate to “one foot on the ground”, symbolizing the day-to-day operation, and “the other foot in the air” symbolizing the values and ultimate goal of building a better society.

Originating from the Basque cooperative movement and adopted by the Basque Cooperatives High Council (CSCE-EKGK) as their anthem, the “Bi Hanka” song was initially conceived in the Basque language.

The song is now available in several languages (such as Spanish, French), and it is waiting for more translations to come for those who want to adopt it.

Music and cooperatives can change the world and we welcome anybody who wants to become part of this change to join us by singing it!

Listen to the song.